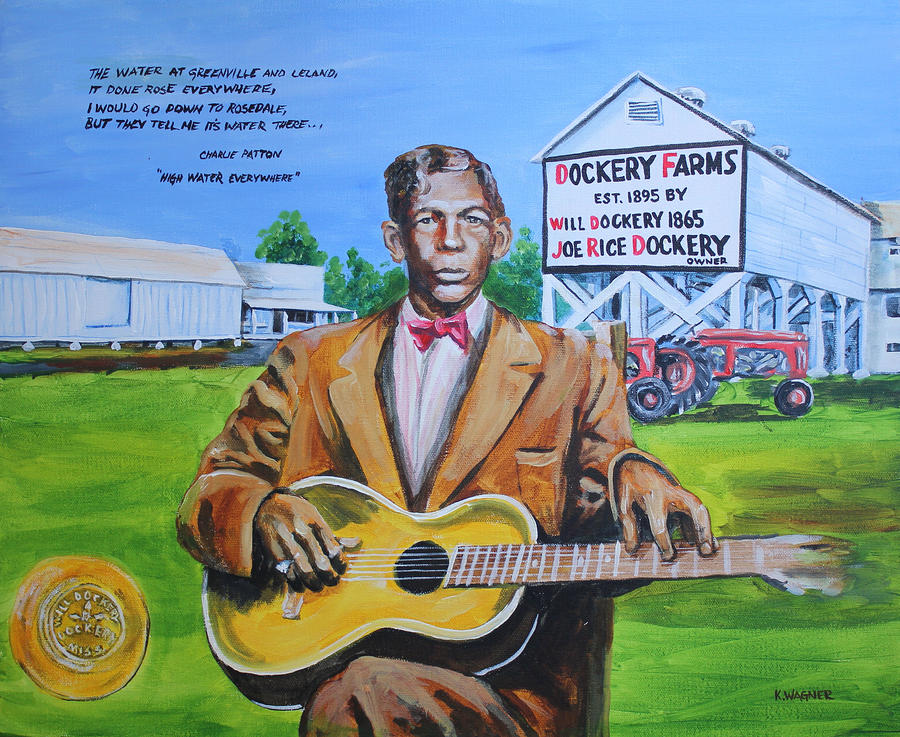 This original painting is currently for sale.   At the present time, originals are not offered for sale through the Karl Wagner - Website secure checkout system.   Please contact the artist directly to inquire about purchasing this original.

Considered one of the first great Blues musicians, Charlie Patton was born and raised in the Mississippi Delta, eventually home basing himself out of Dockery Farms, between Cleveland, MS and Ruleville, MS. Dockery was a huge operation with its own store, church, and even money. The coin in the lower left is what it looked like. Dockery even had a railroad station. That train went to Boyle MS, and the folks in the area called it the Pea Vine because it didn't go in a straight line. The Blues musicians would take the Pea Vine to Boyle, and other trains to points distant. Charlie Patton wrote a song Called "Pea Vine Blues" about that train ride. I live in Boyle, and it's just a 15 minute ride out to Dockery... This is the third in my series on the Delta Blues musicians. There is only one known photo of Charlie Patton

Congratulations on your sale!!!!!!