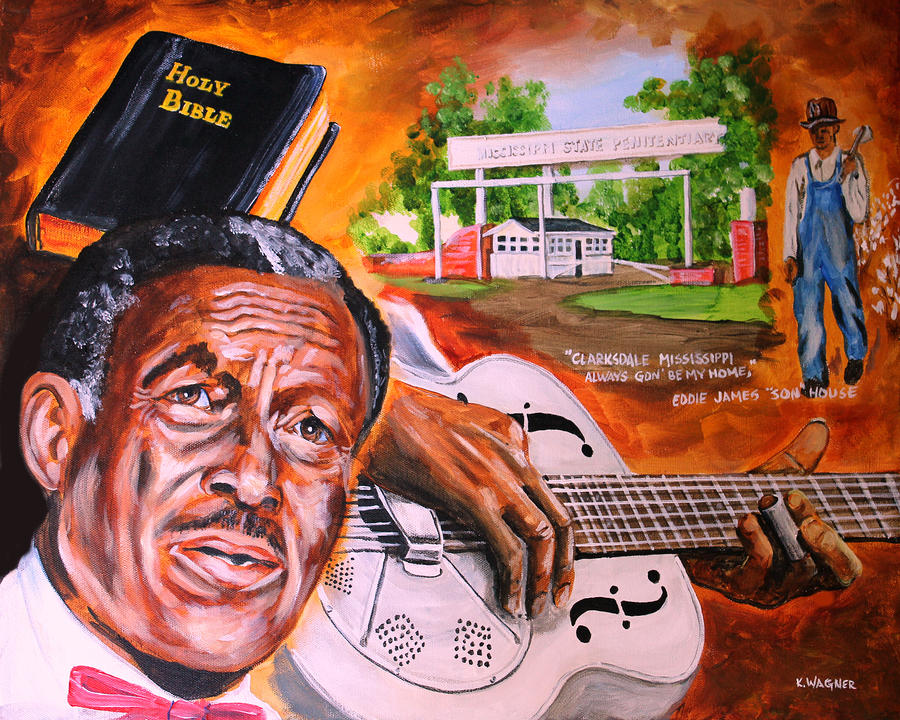 This original painting is currently for sale.   At the present time, originals are not offered for sale through the Karl Wagner - Website secure checkout system.   Please contact the artist directly to inquire about purchasing this original.

This is Eddie James "Son" House, a Mississippi Delta Blues artist who was contemporary with Robert Johnson and Charlie Patton, Bukka White, Mississippi John Hurt and so many others. His recording of "Clarksdale Moan" is one of the rarest blues recordings known. Son House was raised chopping cotton in the Mississippi fields around Clarksdale MS (home of the infamous Crossroads), and had a serious draw to preach, and did so several times. He also served time in Mississippi's notorious Parchman Farms. After nearly drifting into obscurity, Son House enjoyed a resurgence in the 60s and until his death. He is often referred to as the man who taught Robert Johnson (and possibly Charlie Patton) and other early bluesmen how to play guitar. This is 4th in my series of Delta Blues musicians, and shows his National O guitar as well as Parchman and the Bible, along with a cotton field hand.