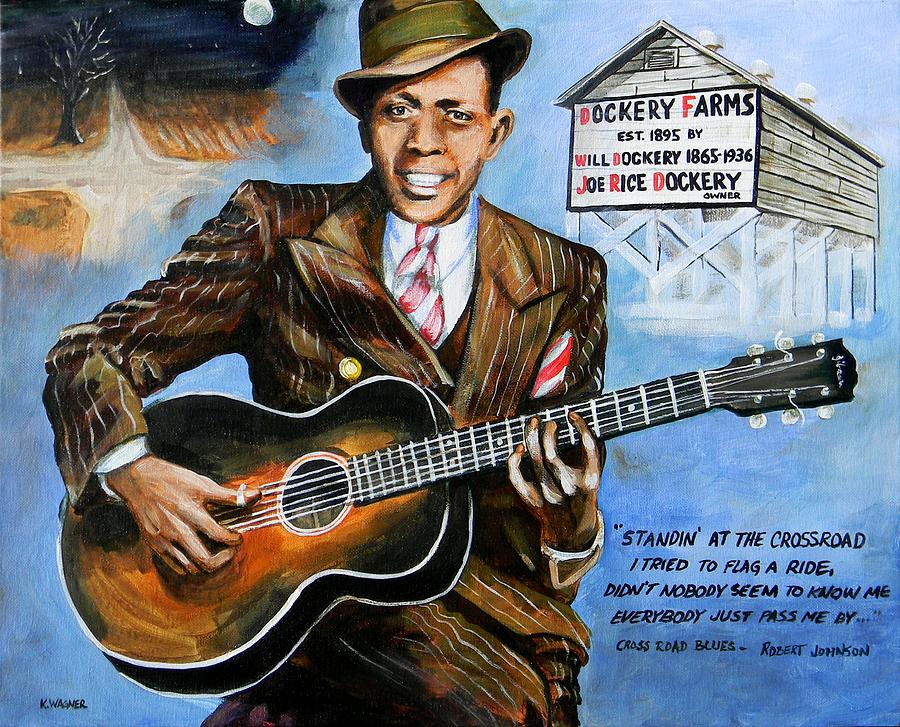 Mississippi Delta Blues guitarist Robert Johnson, an inspiration to many of the greats of bues and rock and roll. A portrait from one of the few know photos, it features Dockery Farms, where many of the early blues greats would gather to play on the front porch of the old commissary building. Also features the crossroads where he allegedly sold his soul to the devil in return for learning to play guitar. Anyway, his song, Crossroad Blues has been recorded by many greats, including Eric clapton, Bob Dylan, Cream, and others. Limited Edition of 400 signed and numbered.

Well done and congratulations on your sale.